DID THE MAN EVOLVE SINCE ANTIQUITY ?
THE CHANGE

Ours societies are presented readily in the form of evolutionary models. However, in the history of humanity, any individual launched in the ascent ends up becoming aware that he is in hostile environment. The man Jesus – as of the thousands of others – could bear witness on this subject.

Why? The answer is as obvious as surprising. Very model of human society is based on a prison model.

Our collective conscience forgot the historical circumstances which led to this situation, but when Adam and Eve were driven out Holy Heights, they turned over to these ancestral systems conceived to imprison and exploit the adamic pre creature living on Earth, systems which continue still today.

The attempt of the Creator to free us from this slavery will require more time, but his project liberator stay current.

Analysis of the terrestrial prison system

A system made up of alliances between black king – advancing his legitimacy while claiming to incarnate the collective interest and which commandeer the public goods for its own account – and king white – claiming to hold the authority of the Sky and distributing illusory passports, system based on the secrecy and the privileges in order to generate hierarchies justifying their dominant position.

An operation reinforced by media in charge of the mental conditioning, consolidated by a legal system engaged in elimination – under cover of justice – of the refractory men and dangerous for social stability.

Here is for the basic principle, declined in as many alternatives through the various systems of the planet. 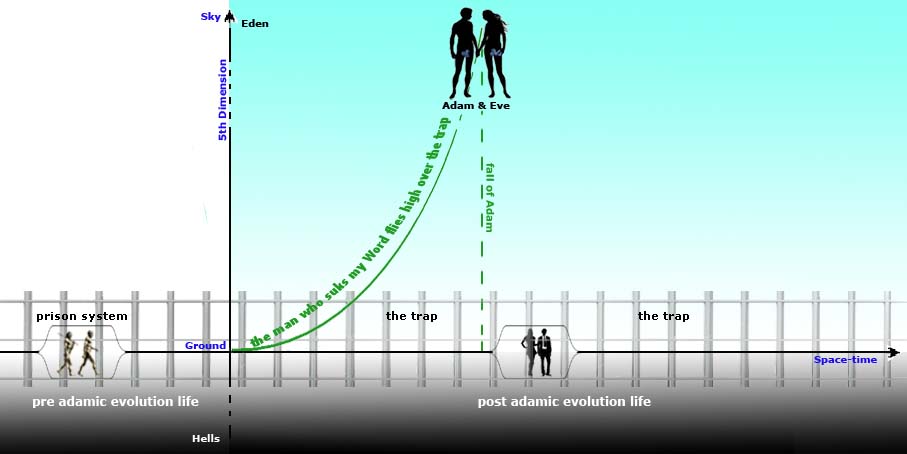 Terrestrial prison system in a representation with 5 dimensions

Isn't any legitimacy in favor of the Life?

What about these systems that can clearly only subjugate man in the death of century to century?
They are impostures that show their powerlessness every day, and which continue to inspire the weak that they dominate and that they corrupt to become like their dominators and their despoilers.
Today's breathless systems which try to be maintained by illusory diversions and promises.

However, the veil of trickery ends up rising.

One can clearly realize that any participation in these prison systems will be used at ends of consolidation. Many are those which think of gaining personal profit to make their contribution, or which believe to make useful work with the community. The recovery of good initiatives represents a flourishing industry.

Some judge that they are being sidelined from this providential manna. This impulse revolt, although legitimates, will cause only to indicate scapegoats and to replace the present administrators by others – generally worse than their predecessors – because the man conditioned since millennia ineluctably generates, in spite of him, the same prison environment.

In fact, man knows nothing else but the prison system in which he struggles and get bogged down in a recurrent way, because he never, to date, sufficiently assimilated and put in practice the Word to live freely according to the Law of the universe and reign over the death and over hells.

The promises of progress through science still have a favorable ear. However, the Earth knew civilizations scientifically more advanced than today, and of which there remains only of the myths and some archaeological traces.

Isn't our technological civilization also about to destroy itself if one prevented it not?

The solution lies well in deconditioning of this operating process.

This is why the first stage of the change can be carried out only by one deconditioning mental of the man. A crucial step to evolve beyond the infantile and fatal statute perpetrated by the dominators, to tie a personal relation with the Father and to practice free flight of the bird which presses its wings on the Wind of the Word. 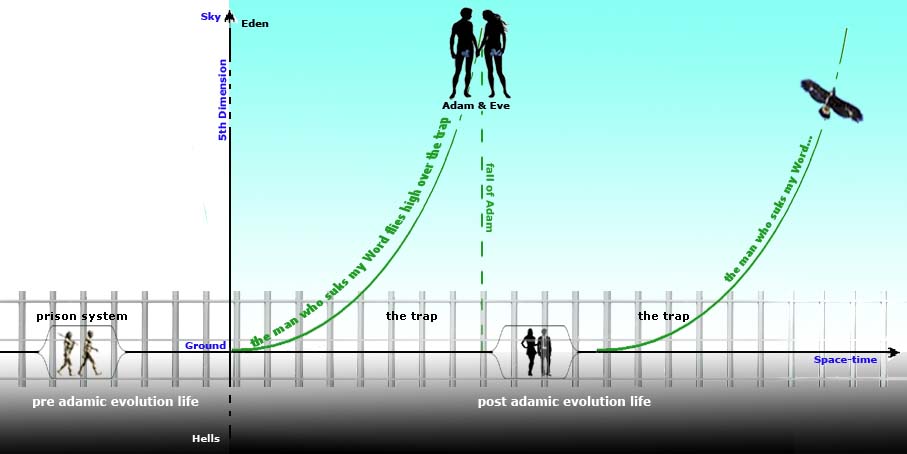 Project of release on the adamic model

It is the method suggested by the Creator who delivers to us his Word of century in century and waits until the man, become aware of his true nature and his vital interests, testifies to obvious signs of will of release to support him in his action.
It appears obvious that this process of deconditioning must be carried out remotely of the king, skillful to handle and impose its version of the Word for misuse, to threaten the man who becomes emancipated to expose himself to chaos.

The penitent one will be held like a child in front of the Word, thus learning “where I Am, where I Am not, and discovering my Wonders.”

During this first time of maturation necessary, the preparation at the collective stage will be activated to make validate the vote “GOD” to establish his reign.

To anchor man in the dynamics of life, in his earthly environment and in the universe – visible and invisible – in the present and in the future, because happiness is not measured in years but in eternity.

My Word is the Law to come